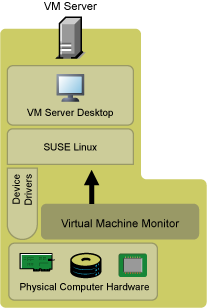 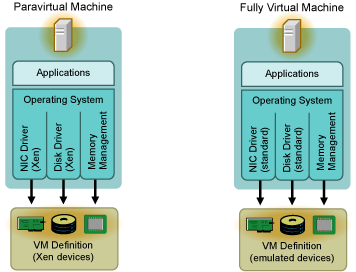 For example, if a VM’s operating system running in full-virtualization mode needs to save a file on its virtual 20-GB disk drive, the operating system passes its request through the device driver to the VMM. The VMM understands which portion of the 500-GB physical disk the VM has access to and passes instructions to the VM Server. The VM Server accesses the disk drive and writes the file to the pre-defined location on the 500-GB disk. Depending on your computing needs and available computer resources, any number of VMs can be created and can simultaneously run on the VM Server. The operating system of each VM interacts independently with the VMM and VM Server platform to consume virtual or emulated CPU, memory, block device, and network resources. 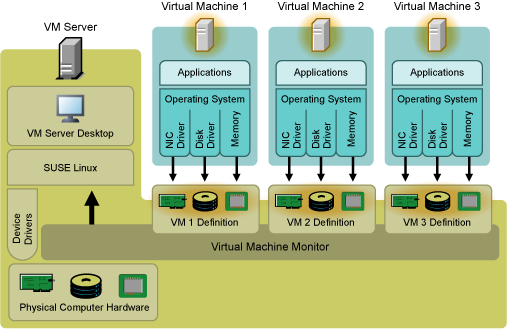 VMs can be viewed and managed from the VM Server desktop.

This page is part of: