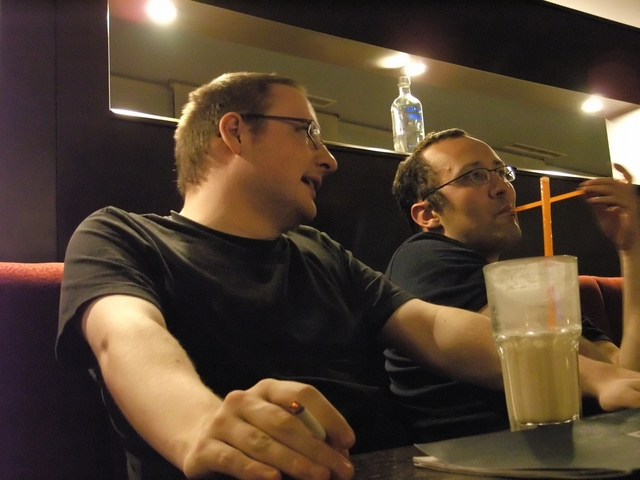 That's me. The guy on the left. The gentleman on the right is Marcus Meissner.

With one short interruption, I have been with S.u.S.E. since October 1998, and have stopped counting all the CEOs I have survived. I mostly work on SLES for S/390 and zSeries, and I also try to keep an ARM port of SUSE Linux alive, even though it is neither useful (Would you want a 60 MB installer on your mobile?) nor likely to ever get out to the public. Instead, I have created the MicroSUSE project.

What I do in my spare time is none of your business unless released under the terms of the GNU Public License v2.

Another thing that may be of interest to some people is ddiwrapper, my printer driver wrapper that allows you to use printer drivers for Windows XP in Linux. It currently supports most Canon printers.

(Oh, and I don't smoke (any more), in spite of certain people's claims to the contrary.)